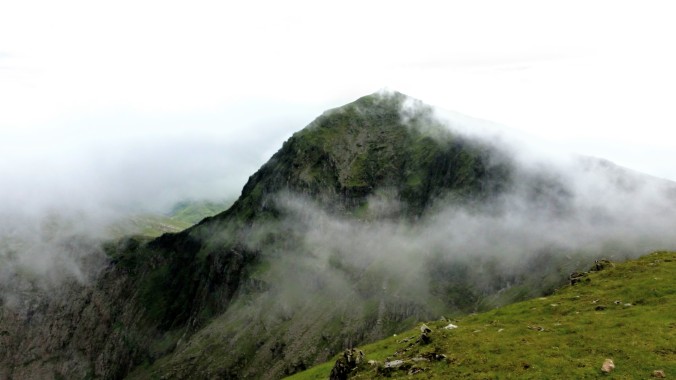 “Oh misty eye of the mountain below…”

The lyrics from Ed Sheeran’s “I See Fire” raised the hairs on our arms as we drove across England toward Wales and Snowdonia National Park. Yes, The Hobbit films were shot in New Zealand but the landscapes in this part of the world are similar enough that the Welsh valleys could quite easily have doubled for parts of Middle Earth.

We had decided to climb Snowdon in July 2017 and as always in the UK, hoped the weather would permit us to do so. We’d planned an extra day in the event we had to scrap an ascent due to bad weather. As we arrived at our campsite just outside the tiny village of Rhyd Ddu hopes were somewhat lacking as the rain lashed down with such force the windscreen wipers could barely keep up.